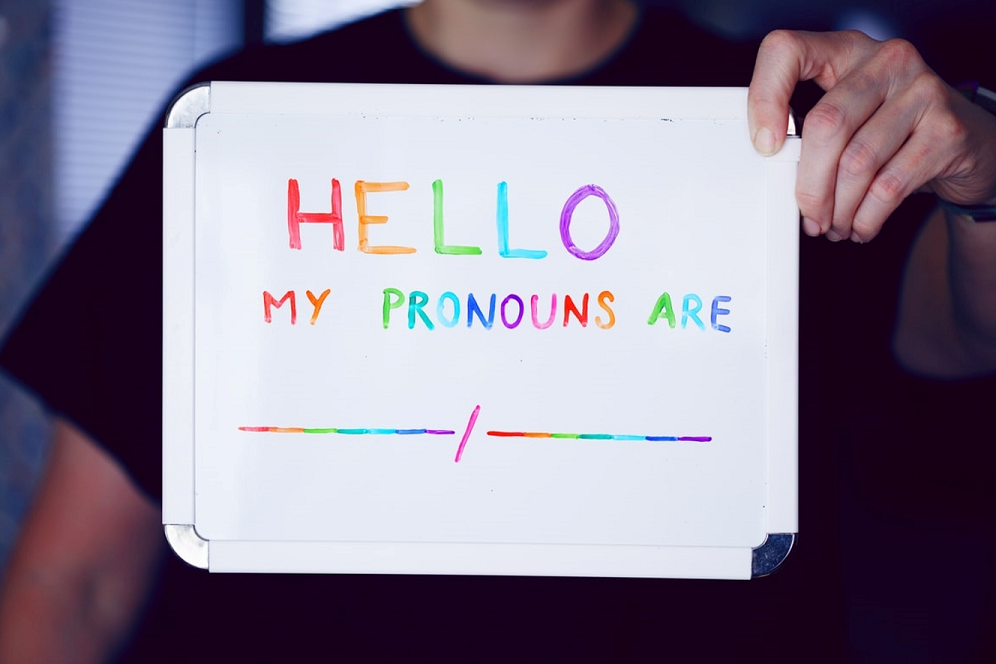 This week marks Transgender Awareness Week; a time for people to come together and celebrate our trans community. This week is also an opportunity for people to raise awareness of issues and work to become better allies. The LGBTQ+ Network have put together a series of articles on topics including ‘Trans Awareness’ and ‘Allyship’, so keep your eyes peeled for these over the coming days.

This post comes from the LGBTQ+ Network. Throughout we will use the term ‘trans’ to encompass all trans identities under the umbrella, including non-binary and genderqueer, which is usually marked with an asterisk.

Whether you’re a new ally to the trans* community, or have trans* friends and family, there is always space to learn more about how to be a better ally to the trans* people in your life. There are many ways to become a better ally, and one of them is to learn the language and understand the terms used within the LGBTQ+ community so you can have good, confident conversations. If you feel that we have made any mistakes here and would like to suggest an amendment, feel free to contact the LGBTQ+ Network at LGBTQ.Network@creativesupport.co.uk.

Assigned sex or biological sex is an assumption made at birth based on biological factors, including your hormones, chromosomes, and genitals. Below, we discuss terms that are currently used for different gender identities:

Pronouns are the words that we use to refer to somebody when we are talking about them. Gendered pronouns include he/his and /she/her. Trans people may use gendered pronouns as a tool to express their gender identity (for example, a trans woman may use she/her pronouns to match her gender), while a non-binary person may use they/them pronouns to express that their gender identity sits outside of the gender binary. Some people may also use a mix of they/she, so it’s important to check as everyone is different and use their own choice of pronouns.

Transphobia is a negative attitude, feeling, or actions towards transgender people or transness in general. Transphobia can include fear, aversion, hatred, violence, anger, or discomfort felt or expressed towards people who do not conform to social gender expectations.

Language is a powerful tool and it’s really important to use the correct terms for people, and not outdated language which is considered offensive. We hope that you have found this article helpful and that it has given you a deeper understanding of these terms to be a more confident ally.

For more information on anything mentioned in this article, please feel free to email the LGBTQ+ Network on LGBTQ.Network@creativesupport.co.uk or pop down to one of the meetings which typically take place on the first Thursday of the month, in person at Head Office or via Zoom.