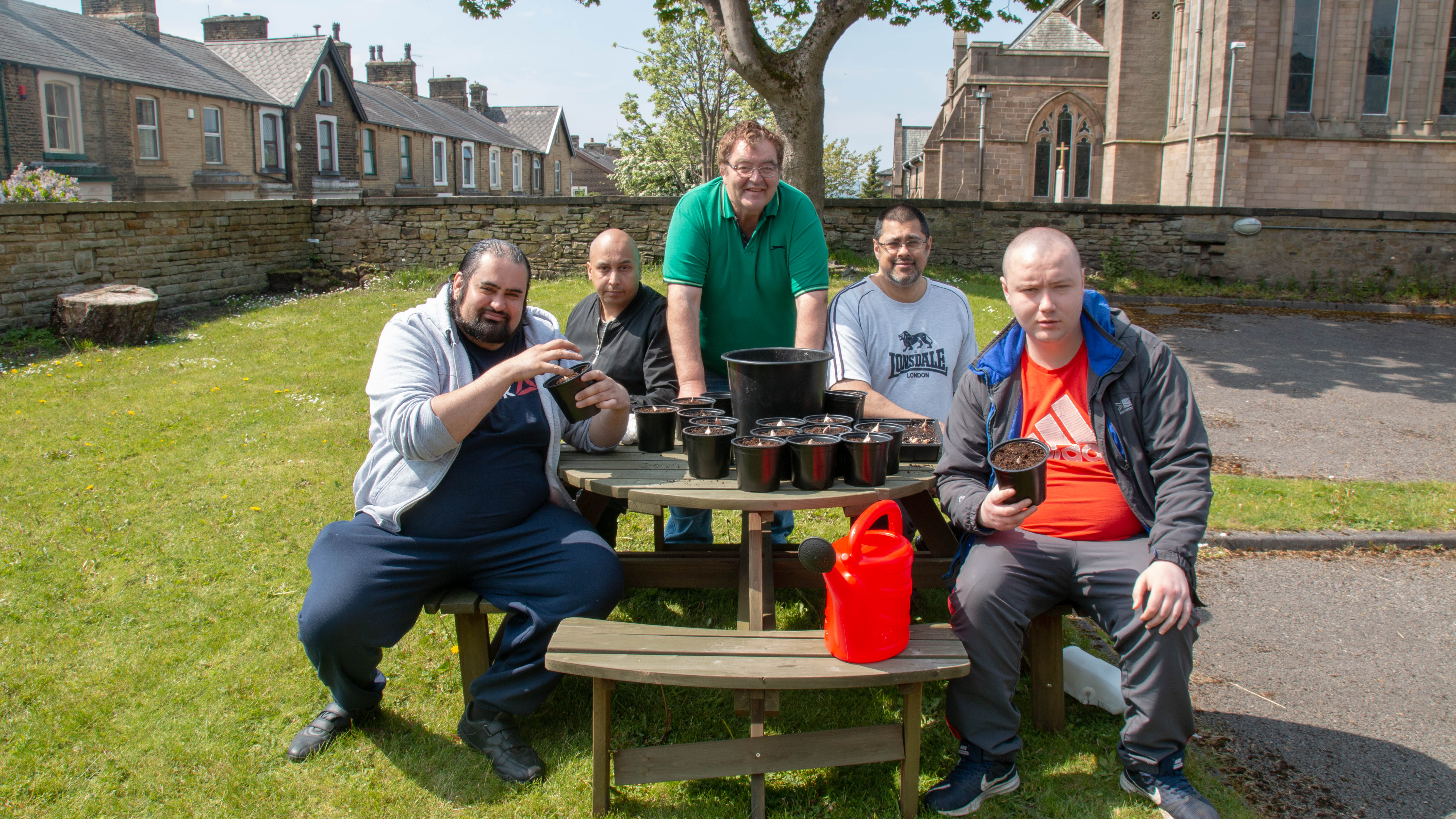 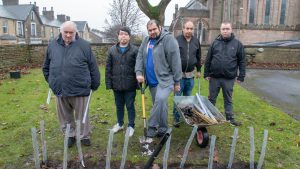 Members of the gardening group at Sunny Bank in Burnley have been taking part in a national scheme to re-introduce hedging.

Earlier this year the group began transforming a patch of lawn into a vegetable garden.

Now, with the help of the Woodland Trust, they’ve started planting a hedge, made from traditional trees, to encourage wildlife.

The Woodland Trust donated hedging which included native trees like Dogwood, Hawthorne, Roca and Hazel and the group is using it to create a screen across the centre of their plot. On one side they will grow vegetables again and on the other they want to create an orchard with apple, plumb and pear trees. They’re planning to build a willow arch in the gap between the two sides of the hedging.

Creative Support’s Keith Bailey set up the gardening group and runs sessions twice a week to support those with mental health issues who are at risk of social isolation. Along with the gardening sessions the group also organises social events and fundraisers.

“The side of the flats was all just laid to lawn so last year we started digging some beds and planting veg. The potatoes were a big success and so was the rhubarb. We all had rhubarb crumble and made some for the rest of the tenants,” said Keith.

He added that along with providing a habitat for wildlife and growing food, the garden has also helped residents to support each other:

“ It’s good to see where food comes from and get the satisfaction of growing it yourself but I think the most important thing that people have got from the group is friendship. A lot of them didn’t know each other when they first came, now they’ve made friends and look out for each other. It’s good to see them working together.”